Release 2.30 is a “must have” update, which has many major improvements:

You can view and navigate your VB.Net and C# code, and any associated conversion issues, side by side in a Visual Studio like environment.  The whole conversion experience feels much more intuitive and productive.

When a VB.Net or C# line is selected, the associated line (or lines) in the other language is automatically positioned and selected as well. 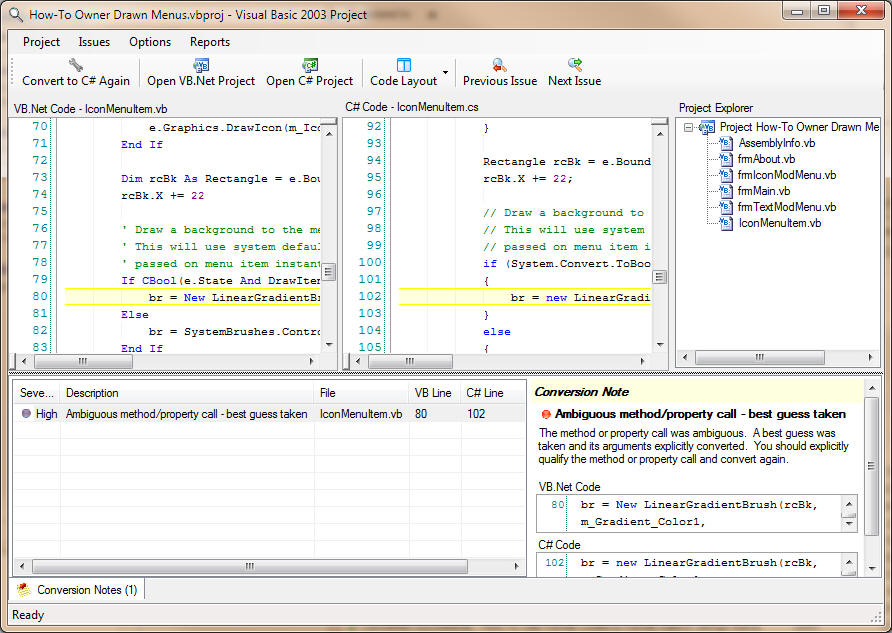 As formatting options are changed, you can immediately preview a sample of the formatted C# code in the right pane. 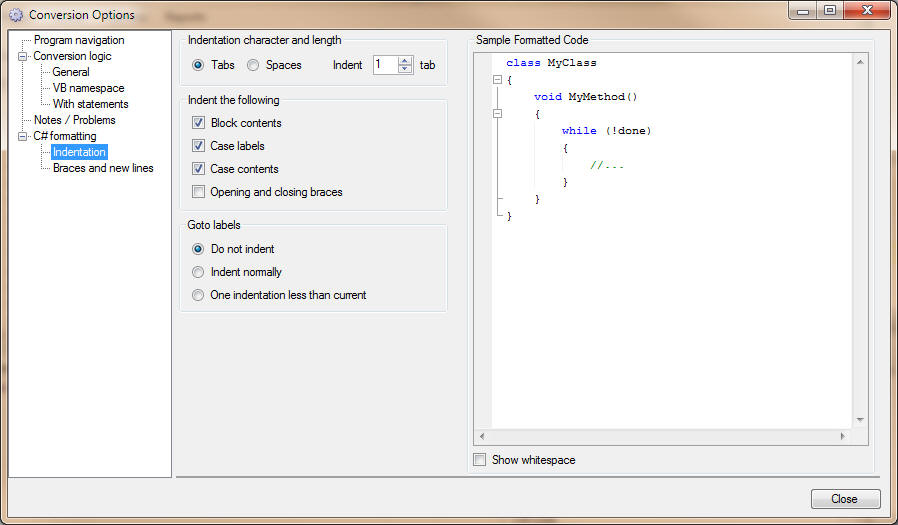 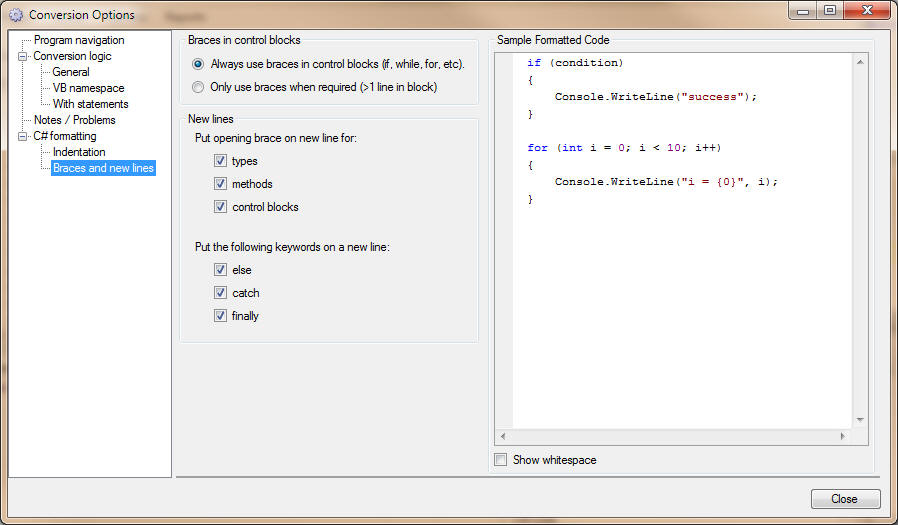 The On Error Goto -> try/catch conversion logic has also been completely rewritten, and converts most On Error Goto scenarios very cleanly and without goto logic, similar to being rewritten by hand.

Below is the most common On Error Goto pattern.  Notice how the converter converted it to try/catch logic, put the error handler directly into the catch block, did not convert the Exit Sub because the new logic made it unnecessary, and correctly converted the VB Err object.  In addition, the VB MsgBox function was converted to the .Net equivalent MessageBox.Show routine.

Competing converters either don’t attempt On Error Goto conversions or litter them with unnecessary gotos.  Also, the VB Err object, which commonly appears in VB6 upgraded code, is generally not converted by competing products. 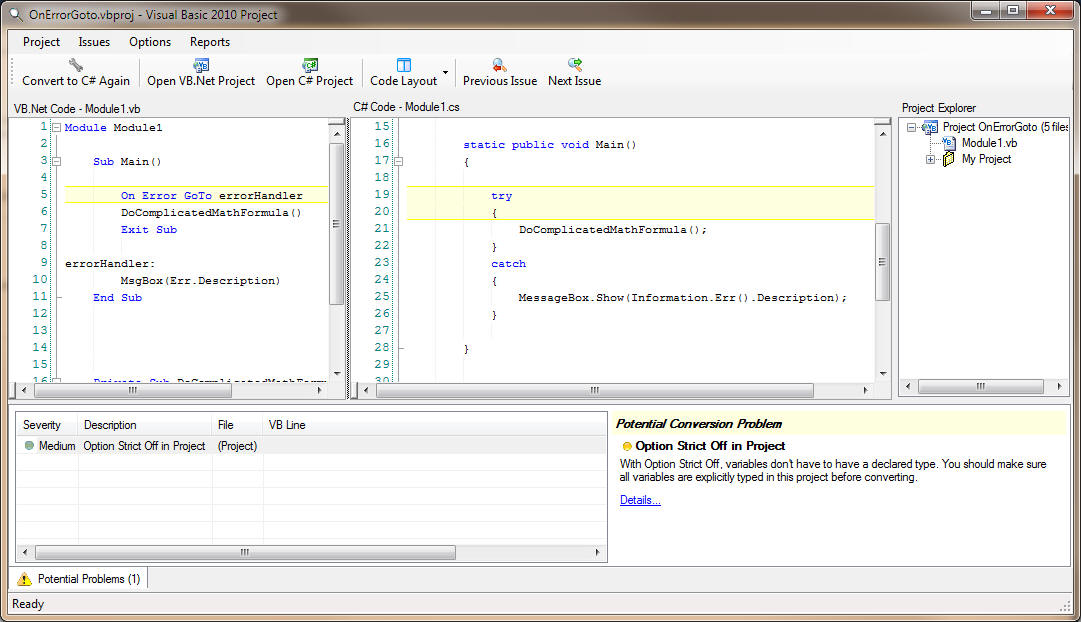 In addition to the On Error Goto conversion improvements, there has been other many conversion accuracy improvements as well, mainly in the newer features of VB.Net, such as LINQ and implicit line continuations.