The main focus on release 2.32 was conversion accuracy, which allowed 580 additional projects to be added to the test suite and convert error free. However, there were also notable features added in usability and configuration.

Version 2.32 adds the ability to specify the default target directory for the C# projects generated.  This default can be overwritten on a project by project basis. 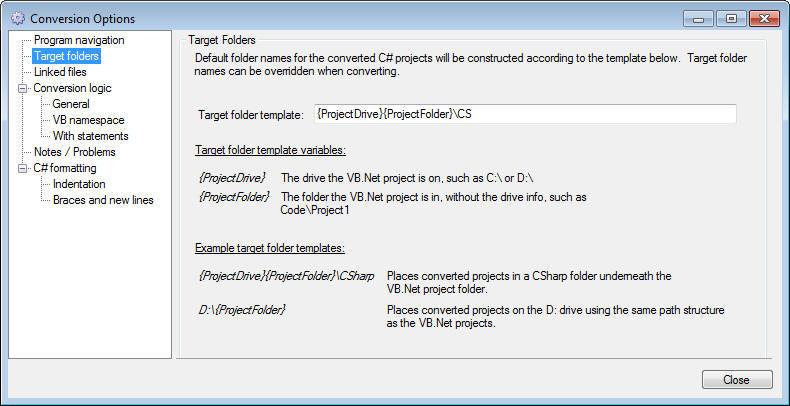 When converting an individual project, there is now the option of overriding the default target folder.

Version 2.32 adds the ability to choose where linked files are converted or if they should be copied and converted as a non-linked file.  This is the default behavior so converting different VB.Net projects which share a linked file doesn’t overwrite a previously converted and possibly edited file. 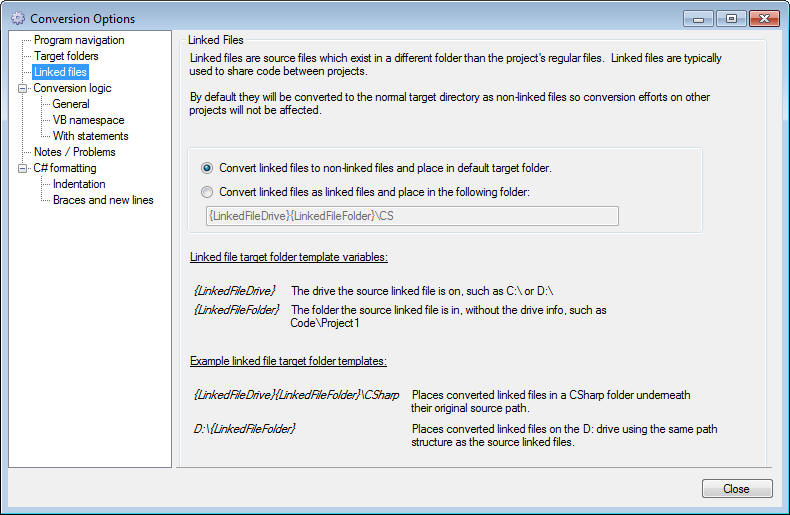 The main focus of version 2.32 is conversion accuracy.  There were dozens of specific conversion issues fixed which allowed for the addition of 580 new sample projects to the VBConversions test suite.  There are too many to list, but some of the accuracy improvements are:

580 new projects added to the test: