Current registered users: This program will install unlocked and not overwrite your previous installation.
For trial users: There is a 15 day trial period, 2000 line limitation per project converted.

To allow more complete evaluation prior to purchase, the new trial version supports a maximum of 2,000 lines of code per project, instead of the previous 1,100 line limitation.

You can now convert VB.Net and ASP.Net snippets without having to convert a full project, using a Visual Studio like editor. 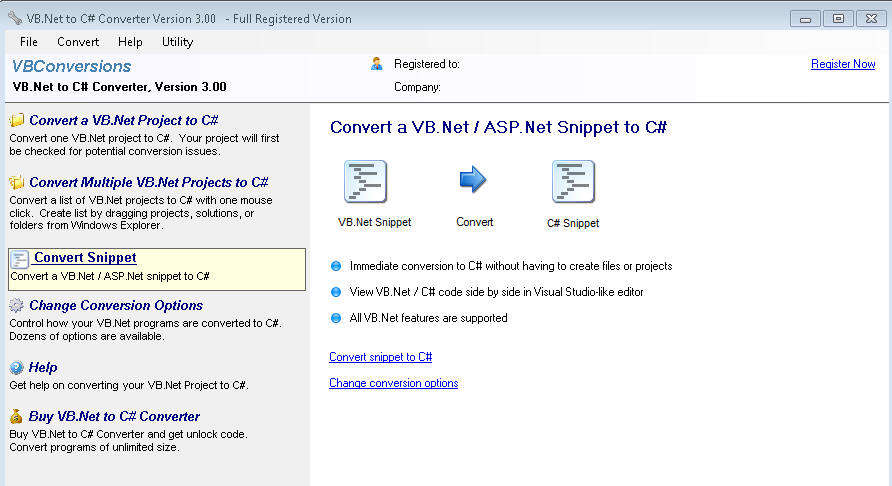 VB.Net and C# code can be directly edited in the converter, without having to find the corresponding lines in Visual Studio.  This is very useful when working a list of issues which have straightforward fixes, and navigating between the converter’s problems/notes/errors and their corresponding positions in the Visual Studio project can be tedious.

A Visual Studio like editor is provided, complete with syntax highlighting, line numbers, and undo/redo. 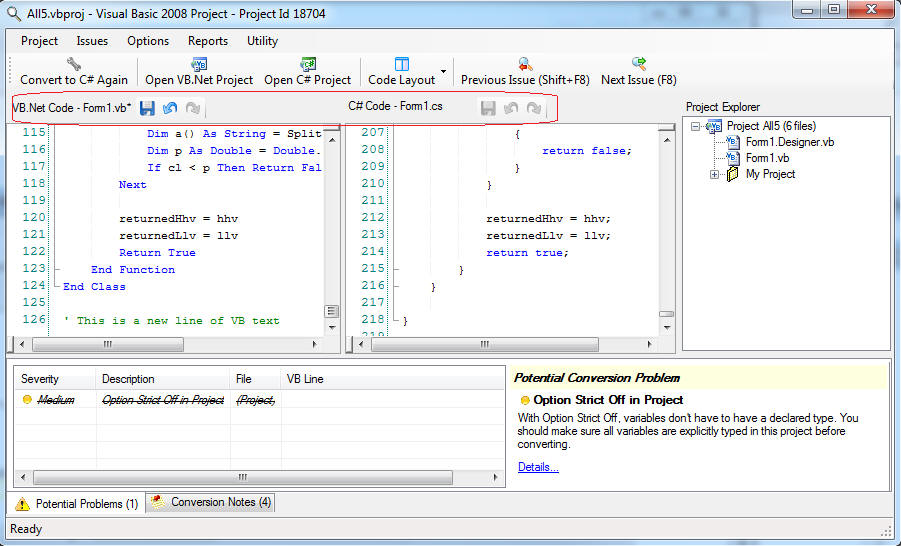 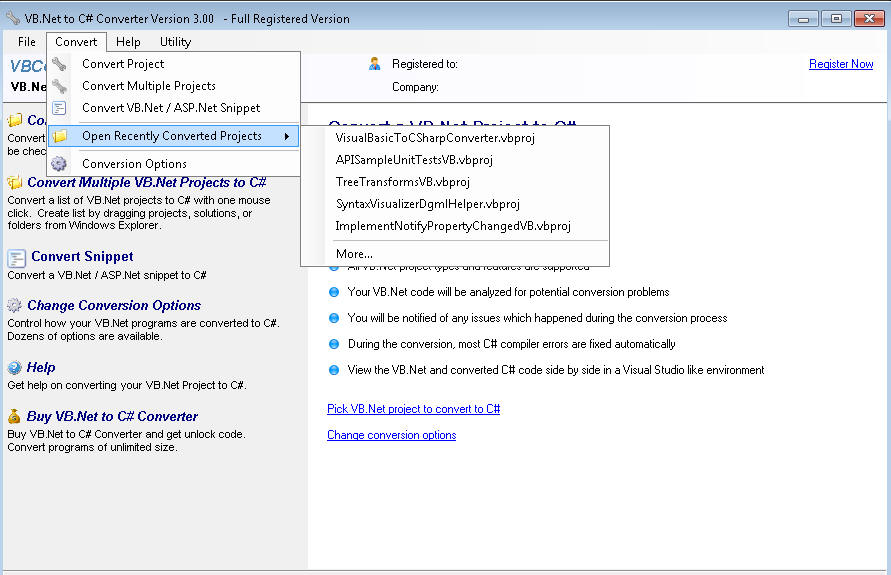 A potential problem, conversion note, or compiler error can now be marked as “worked”.  This is useful when working a list of items to correct and you want to keep track of which have been fixed. 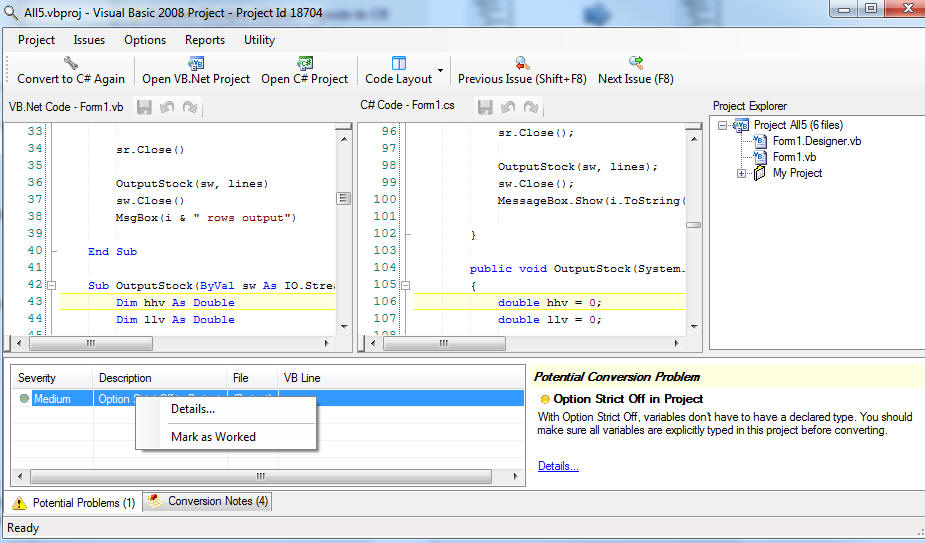 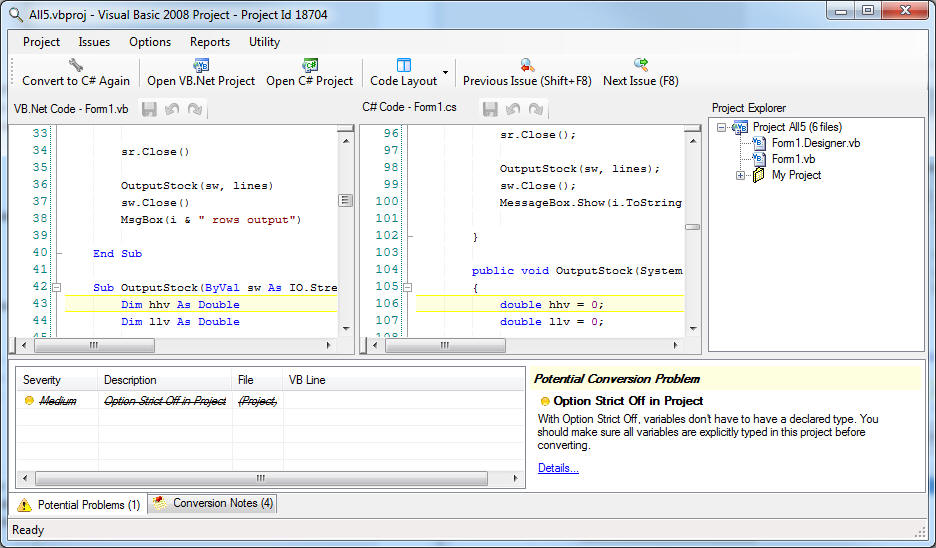 In spite of the more visible changes, most of the focus of version 3.00 has been on conversion accuracy.  There are too many to list, but some of the improvements are:

This release was tested on 8,156 projects, containing over 5 million lines of VB.Net code.  All projects converted without C# compiler errors.